Closing the Gender Gap in Women in Agriculture By Mary Gajda   In today’s world, the picture of a farmer has evolved. Technology has change…
Kelly Mazurkiewicz

Closing the Gender Gap in Women in Agriculture

In today’s world, the picture of a farmer has evolved. Technology has changed and new methods have emerged. Traditional gender roles are becoming a thing of the past.

In 2013, the U.S. Department of Agriculture released a report on female farmers that stated farms operated by women had nearly tripled between 1978 and 2007. According to the USDA.gov census of agriculture highlights, 30 percent of farmers nationally are women and 14 percent of the nation’s 2.1 million farms had a female principal operator in 2012. However, what is the future big picture and how much have the number of female farmers really changed?

A deeper look at the 2012 study may not be able to shed full light on the issue. On its website, the Natural Resources Defense Council stated, “We just don’t have any way of knowing how many women in 1978 were ‘farmers’ by today’s standards. As a result, it’s difficult to know whether the number of female farmers has actually increased, and if so, by how much.”

That’s where Corteva Agriscience, the former agriculture division of DowDuPont, comes in. To further understand the current status of women farmers around the world and create a baseline from which we can measure real future growth, Corteva Agriscience commissioned a study to look at the lives and concerns of women in agriculture among 17 countries across five regions of the world. 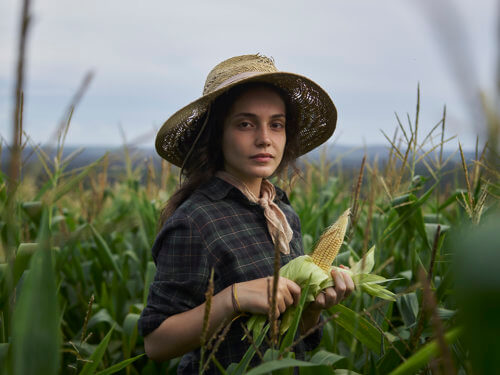 “Only half or less of these female farmers felt happy, acknowledged, heard, were given opportunities or could make decisions,” according to the report, and “almost 40 percent believe women’s salaries are lower than men.”

The industry and its focus on women will change if companies like Corteva Agriscience have their way.

Supporting women in agriculture globally is high on its list of objectives for Corteva Agriscience. Among projects the company is currently working on include educating women who are interested in providing leadership in the industry. In Brazil, Corteva Agriscience is launching the Women Academy, a partnership between Corteva Agriscience, Fundação Dom Cabral and Brazilian Agribusiness. Those women participating will learn leadership and good practice skills, along with public policies in agribusiness and sustainability.

Closer to home, Corteva Agriscience sponsors a number of projects to support women in agriculture, including programs like Grow by FarmHer, which educates and empowers young women with events connecting them with peers, providing inspirational speakers and meeting ag-industry leaders.

Corteva Agriscience also sponsors The Dairy Girl Network, which encourages young women to help one another in continuing to move the industry forward. The company knows empowering young women in agriculture through education and awareness is key to making real sustainable change.

Knowledge is power. Corteva Agriscience is working to educate young women through female farmers who can – and will – break the “grass ceiling” and close the gender gap in agriculture.