Bob Goodrich operates 30 theaters in Michigan, Illinois, Indiana, and Missouri. Part of his continuing success is attributed to his ability to adap…
Nancy Sajdak Manning 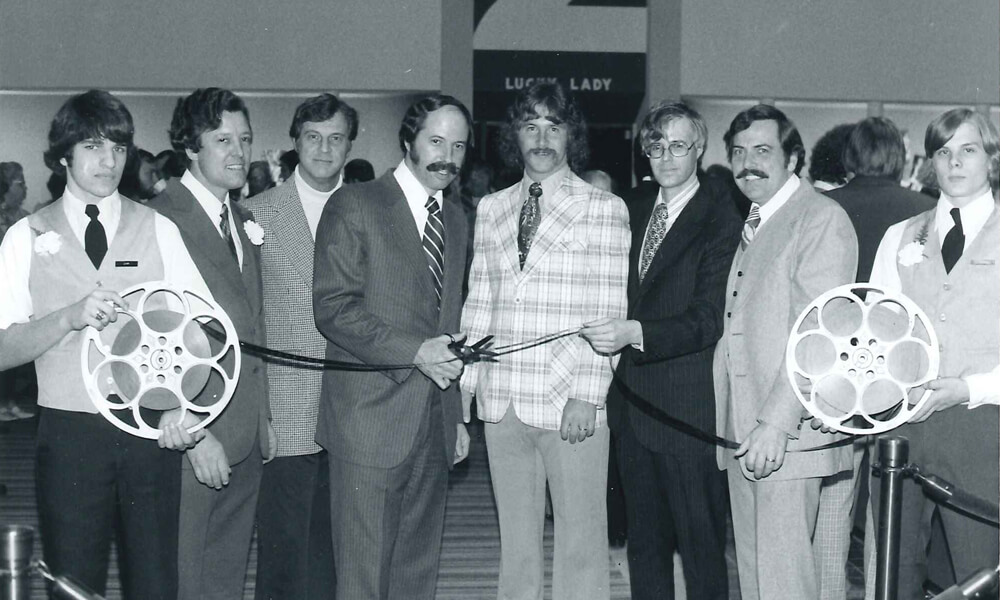 Bob Goodrich, owner of Goodrich Quality Theaters, Inc., headquartered in Grand Rapids, stands third from the right at the 1975 ribbon-cutting ceremony at the new Quad Theater, adjacent to a shopping center near Bay and Tittabawassee roads in Kochville Township, Saginaw County. In the background, Theater 2 features Lucky Lady, a film about rum running during the Prohibition. Film stars include Gene Hackman, Liza Minnelli, and Burt Reynolds.

Goodrich, who graduated with a law degree in 1966, reluctantly assumed his father’s single theater in Grand Rapids. Today a media mogul, Goodrich operates 30 theaters in Michigan, Illinois, Indiana, and Missouri. Part of his continuing success is attributed to his ability to adapt to changes in technology and the economy. He “loves his customers” and listens to them to create theaters especially designed for each community.

When Goodrich built the Quad Theater in the early ’70s, thousands were working in local GM facilities. Saginaw had the second highest per family income in the United States—and provided an excellent customer base. Despite today’s struggling economy, earlier this year Goodrich brought reasonably priced big city entertainment to the region with the new Quality 10 GDX (Giant Digital Experience)10-screen theater built adjacent to the past Saginaw 12 (prior Quad).